THE CONTROVERSY OF ART

All our lives, we have been surrounded by art in many forms; paintings, music, dancing, writing, pottery and so many more. You may use art as a self-expression tool, or to heal or simply as a means of relaxation. For most artists, they use their craft as a source of income, as a lifeline, they are bonded to their art. However, due to recent controversial tweets and comments on social media, some people have made it their mission to justify separating the art from the artist. 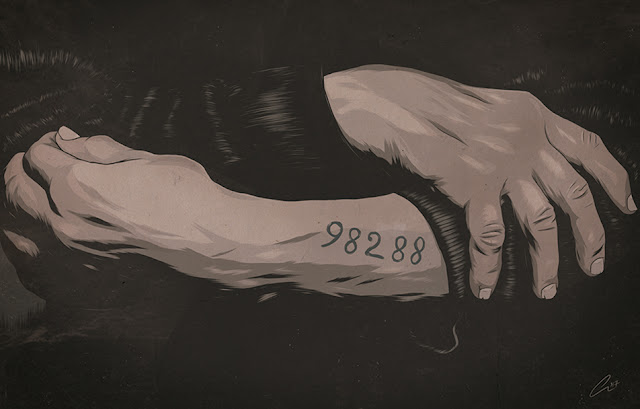 I have very contradicting views on this. Sometimes as I writer and illustrator I find myself wondering, do I see parts of myself in what I am producing? Or am I simply producing work that isn’t necessarily up to par with my standards but I know will satisfy my readers? One of the most painful feelings has to be living for the pleasure of other people, often art is a means by which you may easily change that dynamic. If we think of it this way, there are two ends to this, the artist and the receiver. You are the person producing the art for people to view it, you can simultaneously be the receiver and the artist. This comes without saying; the source of art is within yourself, you are using your own hands to write, your own mind to create, how could you possibly want to separate an extension of yourself? Once the art is made, it will forever be bonded to you in one form or another because it originated from your mind, YOU are your art, it’s a beautiful thing. Some people profit off this idea, what makes my art stand out, for example, is the fact I use my vulnerability for my art, it is an extension of me, without it I believe, my art would lack authenticity.

I feel as though separating the art from the artist is an idle and simple way of viewing things. However, we can empathize in certain cases. Have you ever liked a song so much but felt a certain level of uneasiness listening to it because you loathed the artist? It feels odd thinking about it, sometimes you have to realize that regardless of how a person has maligned you, talent and persona aren’t mutually exclusive. You don’t have to like a person to be mature enough to take a step back and realize they have a gift and have found their calling. It is no secret that some artists are unpleasant people. In life, not everything is black or white. Life is shall I say made up of 50 shades of grey… Humans will pick and choose who they want to support and be reluctant to support others based on their views. I think there is almost a hierarchy in which we classify artists who can be separated by their art and those who are shunned by society; people also tend to weigh the worthiness of an artist based on the severity of their transgressions.

There have been many protests and petitions made against museums for displaying the work of artists who are alleged sexual abusers, visitors often find themselves questioning whether or not museums should be responsible for withholding certain values and ethics. These institutions have been deemed insensitive for keeping the paintings, this comes back to the same debate around the separation of the art from the artist. Should these exhibitions be censored? Should there be a disclaimer on the art being exhibited? The latter wouldn’t even have an effect due to the slow peril of autobiographies, in museums, millennials just don’t want to read them. Should we really be celebrating the legacy of an artist despite their transgressions? They say ignorance is bliss, some may be able to admire the work of these artists but others are unable to see the paintings in the same light with the knowledge that they have a sinister meaning behind them.


Most artists know they don’t lack in talent, even if they do; our overinflated egos would never allow us to show our insecurities. As a consequence, they don’t mind being associated with their art because they want people to know it came from them.Some artists simply don’t want to be associated with their art because they don’t want the fame, or don’t need it, they simply want to coexist side by side their art, they prefer the anonymity and think it allows people to admire their art more objectively. It almost feels as though there is a ‘drain in art’ because of this deliberate disassociation.

To conclude, I don’t know much, but I do know this; I am my art, my art is an extension of my being, no matter the distance or the person I become, I never want to be separated from it. I am not perfect, I am a hypocrite, I may not follow the advice I give, but what’s the point of making art if it’s not going to be a raw part of yourself? In other words, take us as we are, or watch us as we go. In art, like everything else in the world, there are extremists, it leads us to wonder if where we can find a middle ground, but then again, what criteria are we basing ourselves upon, there is no rule book to life.

Popular posts from this blog

Art X Pop Beyonce and Jay-z take over the louvre


The couple caused a heated controversy by using the Louvre as a location for their recently released music video and collaborative album, the Carters show just how much their dynamic as a couple has evolved. There new album The most widely shared photograph showed Jay-Z and Beyoncé flanking the “Mona Lisa,” approximating her dodgy expression.


The Atlantic ~ So how did one of the most visible couples in the music world—who have already toured together and put out decades of videos about their love, sex, and mutual success—create something that feels even the slightest bit fresh? The spectacle of making new art using some of the most famous Western art in the world certainly helped. But though the duo had grappled with their evolving conceptions of gender in their own projects, “Apeshit” and Everything Is Love represent the Carters’ first real attempt to stitch those ideas together into a cohesive whole. Until this point, most of their collaborations had credited them …
1 comment
Read more


Iris van Herpen the 34 years old Dutch fashion designer who is widely recognized as one of fashion’s
most talented and forward-thinking designers that always push to break  the boundaries of fashion design. Since her first show in 2007 van Herpen has been preoccupied with inventing new forms and methods of sartorial expression of fashion by combining the most traditional and the most radical materials  constructing master pieces by her unique methods to take us into her unique aesthetic vision. She calls this design ethos “New Couture.”
~Van Herpen about describing her work
If I were to use one word to describe my work, it would be movementas one of the most influential things in my life has been my classical ballet practice. Through dance I learned about the seduction of movement, the transformation of the body and the ‘evolution’ of shape. Those years taught me how to shift shape and were the birth of my interest in fashion.I Don’t think of fa…
4 comments
Read more

March 08, 2019
29 fast-rising independent female artists join forces to tackle gender
inequality on International Women’s Day.
On Friday 8th March 2019, International Women’s Day (IWD), 29 of the fastest rising female artists from 7 countries are joining forces to release a powerful compilation album. T​urn Her Up (album) will face up to the astonishing gender imbalance that exists within the music industry, whilst celebrating the vital role that female artists have played in shaping the discourse of popular music.
Artists including, ​Pixie Lott​, ​Emma Heesters​ ​and ​Mariana Nolasco​ ​will each release a stunning rendition of tracks originally performed and/or written by iconic female musicians. Released as part of the ​#TurnHerUp​ campaign, the group who have a combined social reach of 35+ million are raising awareness of the startlingly disproportionate gender divide across the music industry.
With all areas considered, the industry is estimated to be ​70% male vs 30% female​. Equally concerning…
Post a Comment
Read more